FROM MALALA TO OBAMA 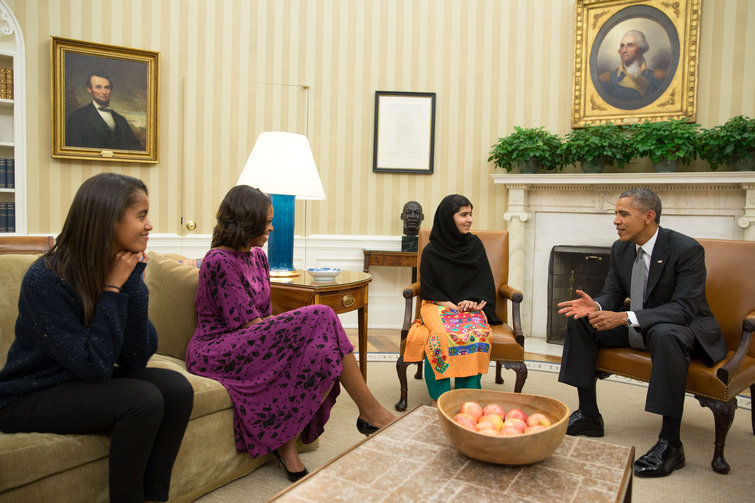 On Friday morning, 17 year-old Pakistani activist Malala Yousafzai won the Nobel Peace Prize. Yousafzai's prize is well-deserved: she's been a prominent campaigner for girls' education for years, and survived a Taliban assassination attempt for her efforts.
But women's education isn't Malala's only cause. She's also waged a prominent campaign on a topic Americans aren't talking much about nowadays: the drone war in Pakistan.
In characteristically bold fashion, Yousafzai brought these concerns up in a meeting with President Obama back in October 2013 — one that had originally been held to celebrate her commitment to education.
"I thanked President Obama for the United States' work in supporting education in Pakistan and Afghanistan and for Syrian refugees," Yousafzai said in a statement after the meeting — before turning to drones. "I also expressed my concerns that drone attacks are fueling terrorism. Innocent victims are killed in these acts, and they lead to resentment among the Pakistani people. If we refocus efforts on education it will make a big impact." 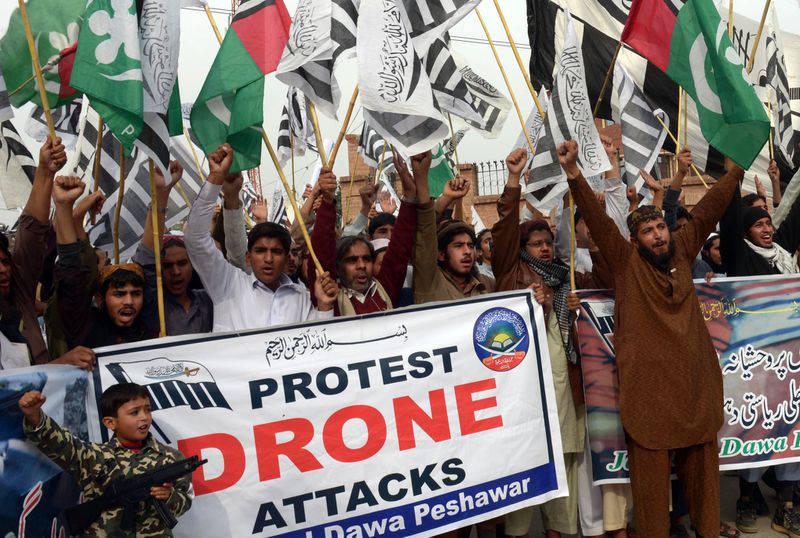 Drone war casualties, civilian and militant. (New America Foundation)
In other words: Yousafzai was pointing to exactly the right issues. We don't know if drone strikes are weakening al-Qaeda, but we definitely know that they're killing people — including innocents.
Nowadays, the American public is more focused on the US military campaign against ISIS than they are on the campaign in Pakistan. Part of that is that the ISIS war is newer and more intense. Another part is that, for the first half of 2014, the US wasn't hitting any targets in Pakistan. In fact, Peter Bergen, an expert on the drone war at the New America Foundation, said that "the program [in Pakistan] appears to have ended."
Yet on June 11, the US began bombing Pakistan again. According to New America data, there have been five strikes in October 2014 alone.
So as Yousafzai gets her deserved accolades for her peace work, it's worth remembering her concerns about one of America's quieter wars. That's especially true as the US government is ramping up another air campaign against an jihadi group that's expected to last for years.
Publicado por Marcelo Montes en viernes, octubre 10, 2014