THE ABSENCE OF USA YESTERDAY IN PARIS

Why politics in Europe are problematic for growth 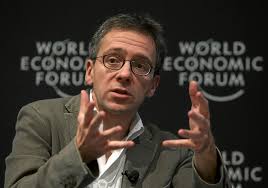 Europe's current political situation could thwart its economic growth, according to Ian Bremmer, president and founder of Eurasia Group.
"You now have a situation where nobody is going to be excited about economic growth in Europe, but now the politics are massively distracting and populism is growing," Bremmer told CNBC's " Squawk Box " on Monday.
Bremmer added that anti-immigration sentiment is growing in Europe, especially after the recent attack on the French satirical magazine Charlie Hebdo. "The rise of virulent, anti-immigrant populism in France and in many countries across Europe is growing," he said. "That plays so badly for the economic trajectories of these countries."
The United States' high-level absence from Sunday's march in Paris was also noted by the media and the international community, Bremmer said. "Given the fact that France has been the most stalwart supporter of U.S. anti-radical Islam policy in the region, I think this is astonishing," Bremmer said. "This is a big whiff by the Obama administration."
Attorney General Eric Holder was in Paris, but did not march.
On Monday, Secretary of State John Kerry said he will travel to Paris this week for talks on countering extremist violence, following sharp criticism of the Obama administration for not sending a senior official to Sunday's rally for unity in Paris that was attended by some 40 world leaders and more than a million people.
Kerry, who will be in France on Thursday and Friday, called the criticism "quibbling," and noted that the assistant secretary of state for Europe, Victoria Nuland, was in Paris at the march, as was the U.S. ambassador to France and many embassy staffers.
-The Associated Press contributed to this report.
Publicado por Marcelo Montes en lunes, enero 12, 2015