BBC WORLD, DECEMBER 23
Internet services have been restored in North Korea after an almost unprecedented internet outage following a cyber security row with the US. 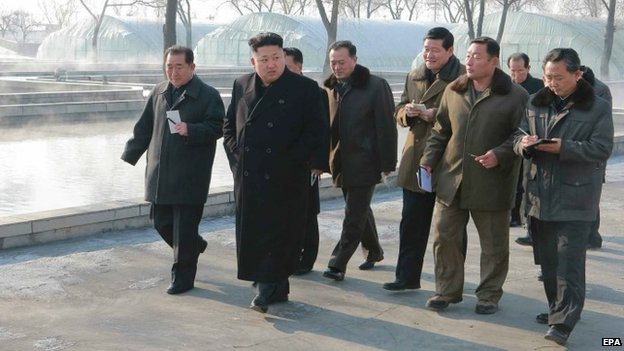 Though there has been no comment from the authorities in Pyongyang, South Korean officials and US experts reported the restoration.
Some analysts say the country's web access was cut entirely for a time.
China meanwhile has denounced reports suggesting it was responsible for the North Korean online shutdown.
Foreign Ministry spokeswoman Hua Chunying said that such reports were "speculative" and had "no basis in reality".
"These reports themselves are extremely irresponsible, unprofessional and misleading," she added.
China's permanent representative to the United Nations has called for all sides to avoid an escalation of tension on the Korean Peninsula after the UN Security Council put the North's human rights record on its agenda.

There is a paradox. North Korea is highly "teched up" but is denied the world wide web. Many people have smart phones, for example, but they cannot access the web with them.
The authorities take great pains to prevent citizens from accessing the internet. Recently, embassies in Pyongyang were told they could not have wifi networks within the building. It transpired that demand for neighbouring property had risen because residents there could get access to the embassies' wifi.
What North Korea does have is an intranet, its own internal internet with a lot of state-controlled news websites disseminating the party line, but also a cookery website.
Ordinary North Koreans are unlikely to notice the absence of the internet because they were denied it anyway. But they might notice the disappearance of their own online newspapers and sources of news. And also the cookery website.

South Korean officials say the websites of the North Korean Central News Agency and the Rodong Sinmun newspaper - the main official news outlets - were up and running on Tuesday after earlier being shut down.
Among the stories online were posts glorifying the ruling Kim family, including an article about North Korean leader Kim Jong-un visiting a catfish farm.
The US earlier said it would launch a proportional response to a cyber-attack on Sony Pictures, which made a comedy about Kim Jong-un.
Officials would not comment on any US involvement in the current outages.
The BBC's Stephen Evans in Seoul says that the attack on the North's internet may have been meant as a message to Kim Jong-un that his country was vulnerable. 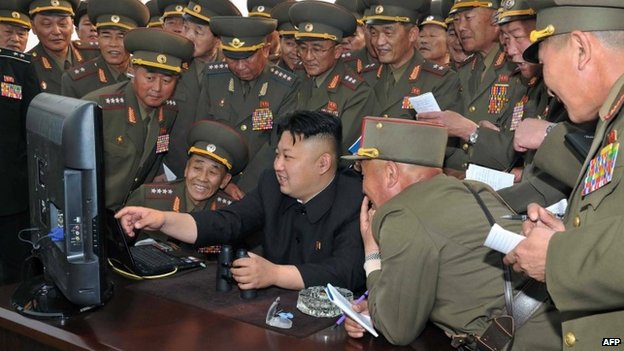 Ordinary North Koreans are unlikely to have noticed the outage as few of them have access to the internet
Internet services were partially restored after nine hours and 31 minutes of disruption, cyber security firm Dyn Research says.
While most mainstream North Korean websites are back online, the recovery initially appeared to be partial and potentially unstable with some websites still inaccessible.
Analysts had said technical problems or a cyber-attack could be to blame.
Doug Madory of Dyn Research said they had seen a progressive degradation of North Korea's connectivity to the outside world until the point at which they were totally offline.
Arbor Networks, an internet technology service, said it had detected denial-of-service attacks against North Korea's infrastructure beginning on Saturday.
Only a small proportion of people have access to the internet in North Korea, one of the world's most secretive countries.
Vulnerable connection

North Korea's internet is handled by state-run company Star Joint Ventures, which in turn is routed through Chinese telecommunications firm China Unicom.
Dyn's chief scientist, James Cowie, told the BBC that if it were indeed an attack, "it would not take a tremendous effort to carry out".
"It is one connection across the border... to overload the routing infrastructure would probably not require the efforts of a nation-state, it could be just one dedicated person," he added.
Last week, the US government said an FBI investigation had shown that North Korea was behind a hacking attack on Sony, which led to unreleased films and private emails being leaked online.
North Korea denied being responsible but praised the attack.
It had for months condemned a Sony comedy, The Interview, which depicts the assassination of the North Korean leader. Sony eventually cancelled the cinema release of the film.
Mr Obama had said that the US would respond to the attack on Sony "in a place and time and manner that we choose". 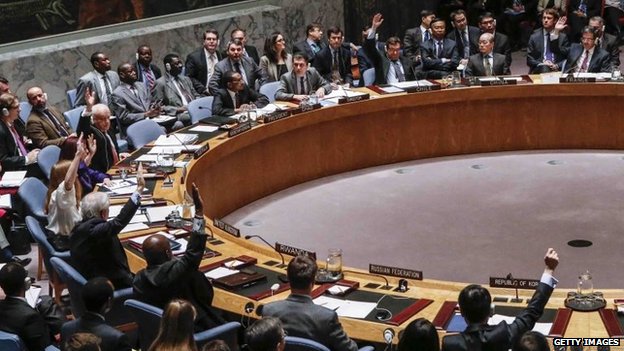 China and Russia voted against discussing human rights at the meeting, but were overruled by other members
The internet disruption came as the UN Security Council discussed North Korea's human rights for the first time, despite opposition from China and Russia.
US ambassador to the UN Samantha Power dismissed North Korea's demand to launch a joint investigation with the US into the attack on Sony.
She said threats to retaliate if the US refused was "the kind of behaviour we have come to expect from a regime that threatened to take 'merciless countermeasures' against the US over a Hollywood comedy".
North Korea has "no qualms about holding tens of thousands of people in harrowing gulags," she added.
North Korean diplomat Kim Song said a decision on how to respond to the Security Council's move would be made in Pyongyang.
"We totally reject the decision to bring DPRK [North Korea's] human rights record to the UN Security Council," he told Reuters.
Publicado por Marcelo Montes en martes, diciembre 23, 2014