CHINA AND INDIA, PARTNERS AND IN SELFIE 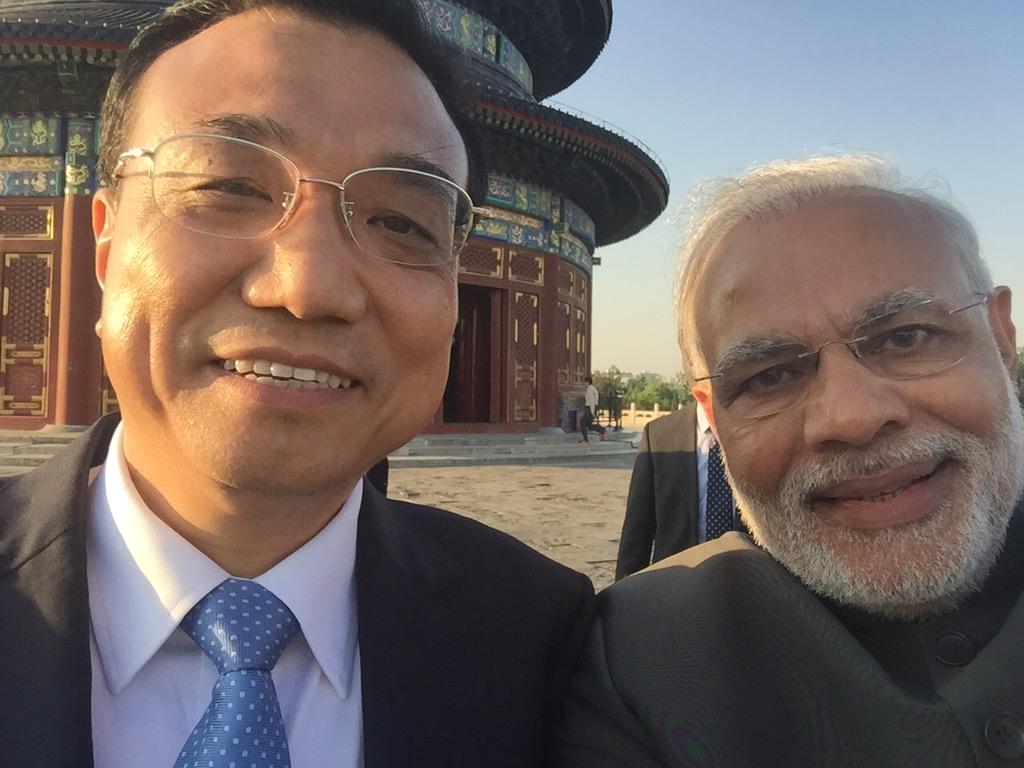 With a charismatic, new leader and the world’s strongest economic expansion, India seems at last to be coming out of the shadow of its big neighbor to the north, China.
Prime Minister Narendra Modi’s visit to China this week is an attempt to demonstrate the South Asian nation’s new confidence and let the world know that India is following in China’s footsteps to become an important global power.
“The re-emergence of India and China and their relationship will have a profound impact on the two countries and the course of this century,” Mr. Modi said in a speech in Beijing on Friday. “Our relationship has been complex in recent decades. But, we have a historic responsibility to turn this relationship into a source of strength for each other and a force of good for the world.”
While it is true that India’s economic growth has surpassed China’s in recent quarters, a quick glance at even the most basic economic indicators show how far India’s economy has to go. 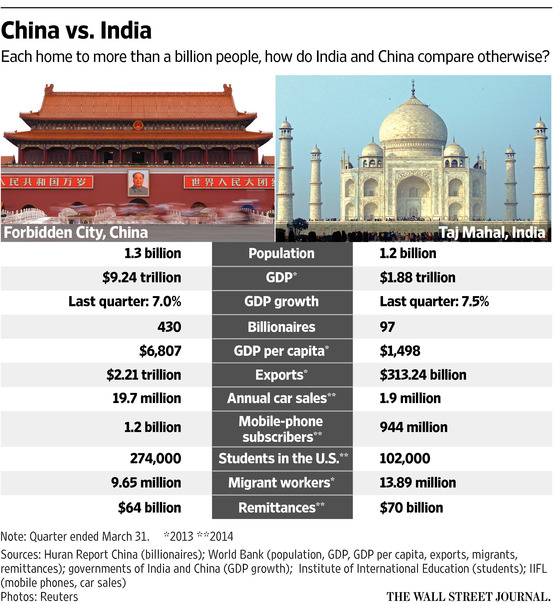 China’s GDP is almost five times the size of India’s. In fact, its exports in 2013 alone were bigger than India’s entire economy. China’s GDP per capita was around $6,800 that year while India’s was less than $1,500.
Around 10 times more cars are sold in China than in India annually and China has 25% more mobile phone subscribers. India loses on other indicators as well such as power and road infrastructure and the number of toilets.
While India’s diverse and vibrant democracy will continue to dictate and sometimes delay the pace of its march to development, the country understands it could learn a few lessons from China’s success.
Mr. Modi will need some more magic tricks if he ever wants India’s economy to become as large as China’s. At the current rate of economic expansion, that would take 78 years.
Corrections: A previous version of the graphic in the post mislabeled the amount of remittances received in China and India.
Publicado por Marcelo Montes en viernes, mayo 15, 2015