RUSSIA`S MILITARY IS BACK

A million men under arms. Thousands of new tanks and planes. A hundred new satellites. Next-generation weapons. Inside Vladimir Putin's $755 billion plan to restore Russian might.
Nikolas K. Gvosdev
One of the distinguishing characteristics of Vladimir Putin’s presidency has been his commitment to revitalizing Russia’s military. Putin, who has noted that Russia’s perceived weakness makes it vulnerable to external pressure and internal disruption, is pushing for increased funding to transform the Russian armed forces from the debilitated remnants inherited from the old Soviet superpower military machine into a smaller, but more modern, mobile, technologically advanced and capable twenty-first century force. Earlier this year, in an address delivered on the day devoted to the “defenders of the Fatherland,” the Russian president proclaimed: “Ensuring Russia has a reliable military force is the priority of our state policy. Unfortunately, the present world is far from being peaceful and safe. Long obsolete conflicts are being joined by new, but no less difficult, ones. Instability is growing in vast regions of the world.”
This is not empty talk. The rhetoric has been matched by a concurrent allocation of resources; Russia is now engaged in its largest military buildup since the collapse of the Soviet Union more than two decades ago, with major increases in defense spending budgeted each year to 2020. Putin has pushed for this program even over the objections of some within the Kremlin who worried about costs and the possible negative impact on Russian prosperity; opposition to the expansion of military spending was one of the reasons the long-serving Finance Minister Aleksei Kudrin left the cabinet two years ago. 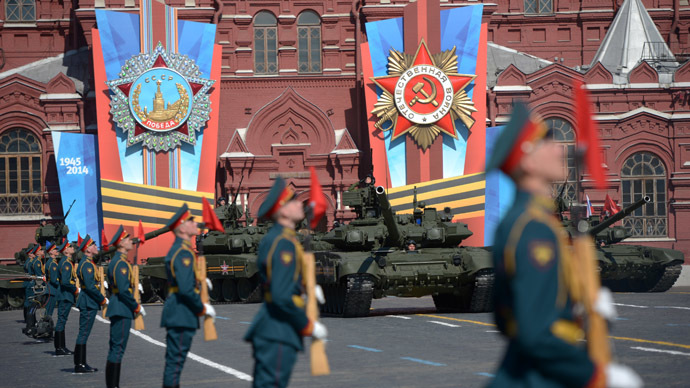 Serdyukov also attempted to reform the manpower structure of the Russian military, again arousing significant opposition by his efforts to reduce the size of the officer corps (especially the number of general and flag officers) and to push the Russian military away from reliance on the draft towards the development of a volunteer, professional force. But announced plans to increase the size of the standing army run up against Russia’s demographic realities. Russia has a labor shortage; the recovery of the Russian economy has diminished the surplus pool of excess labor that in years past would have been absorbed by the draft. Between deferments and the increase in health problems among some segments of the Russian population, some 60 percent of the draft-age population of young males is now ineligible for service. Efforts to make contract service more appealing (following some of the reforms undertaken in the United States in the shift to an all-volunteer force back in the 1970s) have had some successes, but while the Russian military has announced it will create forty new brigades (to augment the some seventy brigades already in existence) by 2020, it must also deal with the reality that many existing units are 25 percent or so understrength. Shoigu must continue reforms of how the Russian military recruits (and treats) its personnel—the compulsory draft and the harsh conditions created by the so-called dedovshchina system (the hazing of new recruits by their non-commissioned officers and other superiors) do not lend themselves to creating a more professional military force capable of attracting and retaining volunteers. The amount that must be spent—on increased salaries, perks and incentives—to attract more Russians to contract service may also be more than what the defense establishment is willing to pay.
Much will depend on several factors. The first is whether the Russian treasury will hang on to the same expected level of funds from the export of oil and natural gas to support the military transformation; any major collapse in the price of energy imperils these plans. The second is whether the Russian defense industry can become more agile and adaptive. Will they use increases in state spending to successfully unveil new products? This will be important not only to fulfill Putin’s requirements but also to retain Russia’s traditionally lucrative overseas markets for sales of military goods. Russia will lose its competitive edge not only to American and European competitors but also to Chinese firms if it cannot keep pace with newer developments in defense technology. A third point is whether the Russian military can obtain the manpower it needs, whether by offering better terms of contract service or being permitted to recruit among Russian-speaking populations elsewhere in the former Soviet Union.
But even if the Defense Ministry’s ambitious targets for how many personnel it expects to have under arms and the quantity of advanced equipment it hopes to field are not met in full, the Russian military is growing stronger. Russia may not be in a position to directly challenge the United States—whose spending still far outstrips that of Moscow’s—but given other regional trends, especially in Europe, it is restoring its conventional capabilities to back up claims to great power status. Whether the newfound confidence that results will make Russia more cooperative or obstructionist in the international arena is an open question.
Nikolas K. Gvosdev, a senior editor at The National Interest, is a professor of national-security studies at the U.S. Naval War College. The views expressed are entirely his own.
Image: Wikimedia Commons.