WHY CHINA AND INDIA ARE SPARRING?

Why Are India and China Fighting?

Nuclear powers New Delhi and Beijing engage in a skirmish marking the first combat deaths along their border in more than four decades. 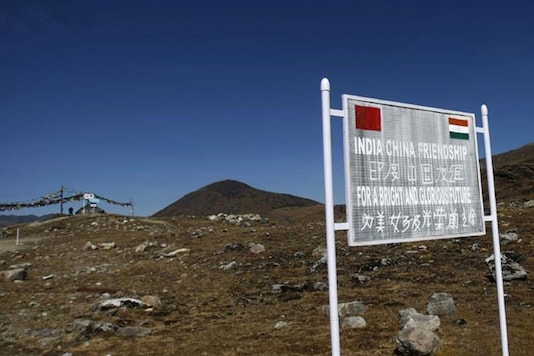 In a major setback to recent measures to de-escalate tensions, India and China engaged in a deadly skirmish along their border on Monday night. While details of the clash are still emerging, the incident marks the first combat deaths in the area since 1975.
An Indian Army statement acknowledged the death of an officer and two soldiers, with subsequent reports attributed to officials confirming 17 other soldiers succumbed to injuries—reports that Foreign Policy has not independently verified. Both sides confirm that Chinese soldiers were also killed, but the number is unknown. (China is traditionally reluctant to report casualty figures, and it erases some clashes from official history.) Critically, neither side is reported so far to have fired actual weapons; the deaths may have resulted from fistfights and possibly the use of rocks and iron rods. It’s also possible, given the extreme heights involved—the fighting took place in Ladakh, literally “the land of high passes”—that some of those killed died due to falls.

What is the origin of the conflict?

Despite their early friendship in the 1950s, relations between India and China rapidly degenerated over the unresolved state of their Himalayan border. The border lines, largely set by British surveyors, are unclear and heavily disputed—as was the status of Himalayan kingdoms such as Tibet, Sikkim, Bhutan, and Nepal. That led to a short war in 1962, won by China. China also backs Pakistan in its own disputes with India, and China’s Belt and Road Initiative has stirred Indian fears, especially the so-called China-Pakistan Economic Corridor, a collection of large infrastructure projects.
The current border is formally accepted by neither side but simply referred to as the Line of Actual Control. In 2017, an attempt by Chinese engineers to build a new road through disputed territory on the Bhutan-India-China border led to a 73-day standoff on the Doklam Plateau, including fistfights between Chinese and Indian soldiers. Following Doklam, both countries built new military infrastructure along the border. India, for example, constructed roads and bridges to improve its connectivity to the Line of Actual Control, dramatically improving its ability to bring in emergency reinforcements in the event of a skirmish. In early May this year, a huge fistfight along the border led to both sides boosting local units, and there have been numerous light skirmishes—with no deaths—since then. Both sides have accused the other of deliberately crossing the border on numerous occasions. Until Monday’s battle, however, diplomacy seemed to be slowly deescalating the crisis: The two sides had opened high-level diplomatic communications and appeared ready to find convenient off-ramps for each side to maintain face. And both countries’ foreign ministers were scheduled for a virtual meeting next week.
Both countries also have a highly jingoistic media—state-run in China’s case, and mostly private in India’s—that can escalate conflicts and drum up a public mood for a fight. Press jingoism, however, can also open strange opportunities for de-escalation: After an aerial dogfight between India and Pakistan in 2019, media on both sides claimed victory of sorts for their respective countries, allowing their leaders to move on.
Compounding the problems is the physically shifting nature of the border, which represents the world’s longest unmarked boundary line; snowfalls, rockslides, and melting can make it literally impossible to say just where the line is, especially as climate change wreaks havoc in the mountains. It’s quite possible for two patrols to both be convinced they’re on their country’s side of the border.

Has there been similar violence in the past?

What could happen next?

India has announced that “both sides” are trying to de-escalate the situation, but it has accused China of deliberately violating the border and reneging on agreements made in recent talks between the two sides. China’s response was more demanding, accusing India of “deliberately initiating physical attacks” in a territory—the Galwan Valley in Ladakh that is claimed by both sides—that has “always been ours.” Army officers are meeting to try to resolve the situation.

Why India and China Are Sparring

The two nuclear powers have long had their differences. But the pandemic has led to some frayed nerves—and revealed longer-term ambitions.
While the 2017 Doklam crisis was successfully defused—and was followed by a summit between Chinese President Xi Jinping and Indian Prime Minister Narendra Modi in Wuhan, China—recent events could easily spiral out of control. If there are indeed a high number of deaths from Monday’s skirmish, pressure to react and exact revenge may build. The coronavirus has produced heightened political uncertainty in China, leading to a newly aggressive form of “Wolf Warrior” diplomacy—named after a Rambo-esque film that was a blockbuster in China but a flop elsewhere. Chinese officials are under considerable pressure to be performatively nationalist; moderation and restraint are becoming increasingly dangerous for careers.
On the Indian side, there is increasing nervousness about how Beijing has encircled the subcontinent. China counts Pakistan as a key ally; it has growing stakes in Sri Lanka and Nepal, two countries that have drifted away from India in recent years; and it has made huge infrastructure investments in Bangladesh. Meanwhile, much has changed since the last time India and China had deadly clashes in the 1960s and ’70s, when the two countries had similarly sized economies; today, China’s GDP is five times that of India, and it spends four times as much on defense.
There will likely be a business impact following the latest clash. Indians, for example, have recently mobilized to boycott Chinese goods, as evidenced by a recent app “Remove China Apps” that briefly topped downloads on India’s Google Play Store before the Silicon Valley giant stepped in to ban the app.
Heightened tensions also put Indians in China at risk. Although numbers are somewhat reduced due to the coronavirus crisis, there is a substantial business and student community in the country. During the Doklam crisis, the Beijing police lightly monitored and made home visits to Indians in the city.
An escalated crisis doesn’t necessarily mean a full-blown war.An escalated crisis doesn’t necessarily mean a full-blown war. It could mean months of skirmishes and angry exchanges along the border, likely with more accidental deaths. But any one of those could explode into a real exchange of fire between the two militaries. The conditions in the Himalayas themselves severely limit military action; it takes up to two weeks for troops to acclimate to the altitude, logistics and provisioning are extremely limited, and air power is severely restrained. (One worrying possibility for more deaths is helicopter crashes, such as the one that killed a Nepalese minister last year.)
In the event of a serious military conflict, most analysts believe the Chinese military would have the advantage. But unlike China, which hasn’t fought a war since its 1979 invasion of Vietnam, India sees regular fighting with Pakistan and has an arguably more experienced military force.

Is there a permanent solution?

China resolved its border squabbles with Russia and other Soviet successor states in the 1990s and 2000s through a serious diplomatic push on both sides and mass exchanges of territory, and they’ve been essentially a nonissue since then. But although the area involved was much larger, the Himalayan territorial disputes are much more sensitive and harder to resolve.
For one thing, control of the heights along the borders gives a military advantage in future conflicts. Resource issues, especially water, are critical: 1.4 billion people depend on water drawn from Himalayan-fed rivers. And unlike the largely bilateral conflicts along the northern border, multiple parties are involved: Nepal, Bhutan, China, Pakistan, and, of course, India. Add on top of that China’s increasing power and nationalism, matched by jingoism on the Indian side, and the prospects of a long-term solution look small.